Revenue sharing games worth it?

To determine if revenue sharing games are worth the space on the slot floor, operators first need to calculate the true cost and real returns of the controversial devices 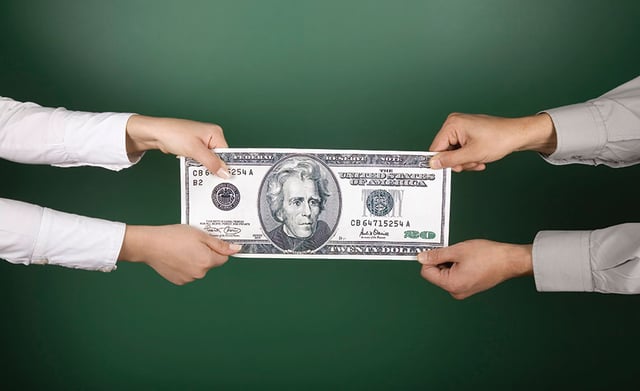 One of the biggest challenges facing any slot manager is determining the proper level of participation or revenue sharing games to put on the floor.

This participation game conundrum is a matter of much debate and underpins an enormous rift between manufacturers and operators. Manufactures might say that these games bring incremental revenue, while operators question if revenue sharing games are just reallocating monies that the casino would have otherwise collected.

We’ve decided to wade into this debate and outline some real ways that, by measuring customer behavior, we can discover the true value of a participation game. To start, let’s introduce the two extremes of operator types when it comes to revenue sharing: the 2 percent and 10 percent operators.

The “2 percenter” operator believes that participation games should be less than 2 percent of the total gaming floor, and in many markets there are very successful operators where this low number is effective. Of course, games such as Wheel of Fortune are still a must, but the performance benchmark needed for the 2 percenters to introduce a participation game is extremely high. If the games are 20 percent revenue share and perform at double house average, then the cost of these games in manufacturer fees is 0.8 percent of the overall gaming revenue.

As we can see from the wide disparity between 2 percenters and 10 percenters, there is clearly much disagreement in the industry regarding the value of participation games, including wide-area progressives. The disagreement arises from the cost of operating one of these games. Most games have a fixed purchase cost (which can be paid either all at once or in daily increments), but wide-area progressive machines are priced based on a percentage of coin-in. Some of this percentage goes to increasing the progressive meter of the game (which is often more than $1 million) and some goes back to the manufacturer, but none of it goes to the casino. To understand how much more expensive a participation game can be, let’s look at an example.

First, let’s determine as a percentage of revenue. This cost is calculated as a percentage of coin-in, but the true cost to the operator needs to be calculated as a percent of revenue. To help us calculate the true overall cost of ownership for participation games compared to non-participation games, it helps to use some simplifying assumptions. For non-participation slots, we’ll assume that the cost to purchase the game is $20,000 and that over the course of three years the game theme needs to be converted once at a cost of $3,000. We’ll also assume the game is winning $150 per day. So the cost to own this nonparticipation game over 3 years is $23,000, and over this same three-year period the game will produce for the casino $150 x 365 x 3 = $164,250 in gaming revenue.

IS THE COST WORTH THE RETURN

In the examples below we want to see if we can justify the incremental cost of $29 per day to own the participation game.

Now let’s look closer at participation games’ cannibalization, as it is the major determining factor in our calculations of worth today. Unfortunately, trying to determine the effects of a new product on existing products can be daunting. Can we ever measure whether a specific customer’s $20 wager was meant for another machine or was in addition to their normal gaming spend on a “typical” trip? First, let’s take a look at the player’s behavior using an unnamed but real customer database. When we attempt to determine the growth of a player’s worth, one metric we use is their ADT (average daily theo). This metric works fine when you are measuring trip worth over a period of time, for example, to see the effects of your marketing efforts. But if we use ADT as a baseline to measure a player’s incremental spend on a single day, the results could be disastrous. In a three month sampling of data for the core customer base, we found that only 14 percent of all trips made by players were within a +/- 10 percent of their ADT. More than half of all trips made fell below the 90 percent mark of their ADT and 34 percent of all trips were above 110 percent of the player’s ADT. Nearly one-fifth of all trips didn’t even meet 25 percent of the player’s ADT. The variance in our player’s trip theo to his actual ADT is enormous, and we could easily miscalculate whether or not a $20 single session increased or decreased his trip’s theo win in comparison to his ADT.

This real world example highlights the complexity involved in trying to measure what a customer would have done on a removed game vs. what they did do on a new game that replaced the removed game.  If we cannot count on a metric like ADT, which is not only simple but is also the bedrock of many casino marketing programs, what can we do?